Throghout the project lifetime, the young people with VI will carry out 2 main activities:

DINNER in the DARK CONCEPT: In a completely darkened room, people will consume a meal, served and guided by blind waiters (the young organizers of this project). Thanks to that, they will experience the use of the remaining senses (except the sight).

To animate the dinner, VI youngsters will organize games and activities to make the guests aware of the visual disabilities. This activities will be useful to explain how they manage daily living activities such as cooking or ironing, but also how they can work or study by using the computer and assistive technologies. Thanks to these activities, sighted guests will understand how it is possible to cope with a visual problem, and also will understand difficulties VI people face everydays e.g. on the street or using local transports. This topics will lead to discussions on themes of EU interest such as the accessibility of public transports or the importance to build accessible websites or Apps to allow the usage for people with VI. Therefore, the young organizers will expand the concept of DINNER in the DARK, including non-formal activities to promote local community’s knowledge and awareness on disability in general and on the visual disability in particular. This awareness-raising action will, then, lead to a better understanding of disability and a better social inclusion of this target group as prejudices will fall down.

Participants of the group

The young people with visual impairment organizing this project know eachother since several years as they are part of the UICI FI youth group. They all wish to improve the regard of local and EU people towards people with disabilities in order to improve their social inclusion and to fight against prejudices and stereotypes. This is why, they had agreed to set up this project with the support of UICI FI.

PROFILE AND CONTRIBUTION TO THE PROJECT:

– Alberto Tomberli is a 20 years old blind boy. He is studying foreign languages and literatures at the University of Florence. He is a good blind football player (this year he has participated to the European championship representing the Italian team together with other blind football players). He will support the development of the booklet thanks to his foreign languages skills (English and

– Marika Riggio is a 26 years old blind girl, who had became totally blind 4 years ago (previously partially sighted). She is graduated in physiotherapy and she loves entertaining people. She is a great cook and is keen on housekeeping. She will bring her previous experience in animating awareness-raising actions in schools and, thanks to her competences, she will be responsible for logistics (room preparation, contacts with catering, etc).

– Giulia Polito is a 28 years old partially sighted girl. She is graduated in foreign languages and literatures at the University of Florence and she is keen on foreign languages. She had studied English, French and Japanese. She will bring her previous experience in animating awarenessraising actions in schools together with other young people of UICI. In this project, she will be responsible for the French and English translation of the booklet, thanks to her foreign languages skills. In addition, as the only one who can see a bit, she will deal with the graphic design and the structure of leaflets and the booklet.

– Vanessa Fazzolari is a 27 years old blind girl born in Venezuela. She is graduated in Italian literature. Thanks to her origins, she will be responsible for the Spanish translation of the booklet. She will also be responsible for the promotion and marketing of the awareness-raising actions as well as for the dissemination and visibility of the project. In addition to this specific contributions to the project, alltogether the young VI organizers will serve during the meals and will guide and implement the activities during the DINNER IN THE DARK. 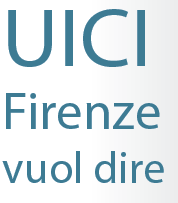 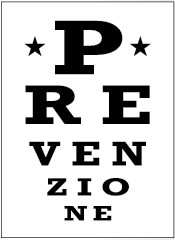 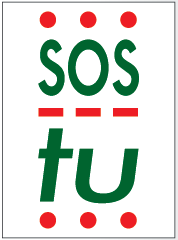 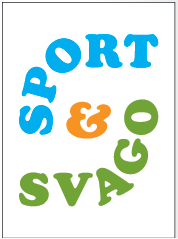